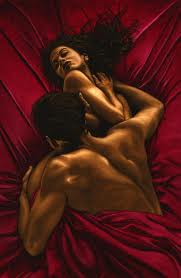 Pixie and I were involved in an on and off relationship for a few years.

Pixie and I have had lots of sex. If I remember correctly it started out cool then ended horribly bad. This was about 14 years ago, hell I dunno.

Yes I do believe in soul mates. I simply believe that there is someone who is compatible at a very high level for everyone.

I think the worst thing that Pixie and I have ever done to each other was disregarded each others feelings.

Hmmm if I had to think of an ideal celebrity, I’d say Esther Baxter. From a physical standpoint, She’s almost dead on.